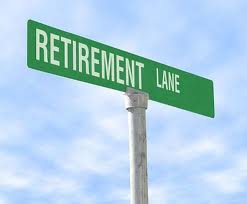 Do you look forward to retirement as splendid golden years with ample time to enjoy leisure activities and live life at a slower pace? If so, what are you doing today to make sure that your dream becomes reality? Or are you actually sabotaging your future by spending too much, not saving enough or indulging bad habits? Spending Too Much Most people spend too much at one time or another – buying things they don’t really need, unnecessarily upgrading the things they already have, using credit to buy now and pay later, squandering their tomorrows on entertainment today, etc. If you’ve been spending too much, don’t bother kicking yourself over your past poor spending decisions. Instead, take the first step toward securing your financial … END_OF_DOCUMENT_TOKEN_TO_BE_REPLACED

If your income is low enough and you don’t want to (or can’t) sign up for Medicaid, you may be exempt from the penalty for remaining uninsured. According to HealthCare.gov, the federal ObamaCare website, one reason for exemption from the Individual Responsibility Payment is “You don’t have to file a tax return because your income is too low.” And what does ‘too low’ mean exactly? According to information recently released by the IRS and reported by Forbes, the following figures apply for the 2014 tax year: Standard deduction for 2014 - $6,200 for single taxpayers and married taxpayers filing separately, $12,400 for married couples filing jointly and $9,100 for heads of household Personal exemption for 2014 - $3950 Since … END_OF_DOCUMENT_TOKEN_TO_BE_REPLACED

For me, "affordable care" will actually be double what health insurance would currently cost. And if that’s not bad enough, my choices in 2014 are just a fraction of what they are today – a measly six options after January 1st compared with 27 now. I can live with fewer choices but am I missing something? Where is the “affordable” part of the Affordable Care Act? Why is there higher cost and less choice with Obamacare? Higher Cost And Less Choice With ObamaCare According to eHealth.com, a person my age in my location can currently choose from 27 plans that start at $226/month. Beginning January 2014, however, my choices drop to just six plans and the price jumps to $456/month for the cheapest option. To summarize my current and future … END_OF_DOCUMENT_TOKEN_TO_BE_REPLACED

I just 'met' the most interesting man. William Cullen is an Irishman, first and foremost, then businessman, car aficionado, reality tv star, hotelkeeper and writer, not necessarily in that order. Bill's 2002 memoir of growing up in Dublin, It's a Long Way from Penny Apples, gained bestseller status in Europe, though it's lesser-known in the U.S.. Cullen grew up working at his mother's and grandmother's stands. He only went to school through age 13, then began working at an auto dealership. Eventually, he became manager. After years of working with other dealers in the region, he purchased Renault from the Waterford Crystal group -- for only 1 euro. But that price also came with a crippling 18-million euro debt. (The euro, by the way, is … END_OF_DOCUMENT_TOKEN_TO_BE_REPLACED

People with low income in the United States are in danger of being forced onto Medicaid under ObamaCare. If your income is low enough and you’re uninsured (and you live in a state that expanded Medicaid), you may not have any other choice. But Medicaid provides free health care so what’s the problem? If you’re 55 or older, health care received under Medicaid may be nothing more than deferred debt that will be paid from your estate. And if you’re assigned to a managed care organization, your state may recover all Medicaid benefits paid on your behalf, even if you never use any services. As an example, starting 9/1/2013, California contracted with Partnership HealthPlan to manage all Medi-Cal (California’s Medicaid program) … END_OF_DOCUMENT_TOKEN_TO_BE_REPLACED

The Affordable Care Act requires most US citizens to have at least “minimum essential coverage” starting January 1, 2014. Those who remain uninsured will face penalties that increase each year, starting with $95 or one percent (1%) of taxable income, whichever is greater, for 2014. We've written in-depth about The Affordable Care Act many times, including here, here and here. Today, we are talking about The Affordable Care Act and VA Health Care. How To Sign Up For VA Health Care If you are a veteran and have not already signed up for VA health care (hard to believe, I know, but I personally know a couple vets who have not), it’s easy to find out if you qualify for free or low-cost services. To see if you qualify: In person – … END_OF_DOCUMENT_TOKEN_TO_BE_REPLACED

Nothing beats good old cast iron pans and kettles for low-maintenance cookware that will last for generations. And cast iron is versatile, too! You can use it in the kitchen on the stove top or in the oven, outside on the barbeque, or even over a campfire. What other type of pan can do all that? This post is all about cast iron cookware care. Simple Cast Iron Cookware Care Keeping your cast iron in top shape is simple. To preserve the non-stick finish, just follow these simple steps: Rinse thoroughly after each use with plain hot water. For stuck on food, soak in plain hot water for a few minutes and use a plastic scrubby, if necessary. If you’re camping, you can scrub the inside with a handful of sand. DO NOT use soap. I know some … END_OF_DOCUMENT_TOKEN_TO_BE_REPLACED

The Affordable Care Act requires most people in the United States to have health insurance starting in 2014. While undoubtedly beneficial for many, a number of those currently uninsured are in for a shock during the open enrollment period that starts October 1, 2013. Will you be one of them? If you currently lack health insurance, can you afford “affordable” care? Help For Low-Income Uninsured Subsidies will offset the cost of health insurance for low-income individuals and families. If income for your family size is below 133% of the federal poverty level, you will likely qualify for Medicaid and be forced into that program. The good news? It won’t cost you anything. If your income is just a dollar over the threshold, however, you’ll be … END_OF_DOCUMENT_TOKEN_TO_BE_REPLACED

Have you heard of MOOCs? According to Wikipedia, “A massive open online course (MOOC) is an online course aimed at large-scale interactive participation and open access via the web.” And MOOCs seem to be gaining popularity but is it any wonder? Accessing classes at your convenience from home is great. If you can throw in free, you really have a winning combination! Take Online University Courses Free One of the most diverse and easy-to-use MOOC platforms is Coursera. Partnered with 70+ (and the list keeps growing!) top universities, Coursera envisions “a future where everyone has access to a world-class education that has so far been available to a select few.”  Through Coursera, you can take a wide variety of courses from big-name … END_OF_DOCUMENT_TOKEN_TO_BE_REPLACED

When a loved one dies, it’s often difficult to figure out what to do with their clothing, especially items with sentimental value and/or that are too worn to pass on to others. Instead of boxing up the clothes and storing them in the attic or basement, you can use them in a quilt. Creating a memorial quilt from clothing requires just basic sewing equipment and skill. Even a beginner can successfully create a beautiful memorial quilt to provide comfort during this time of grief and for years to come. How To Create A Memorial Quilt From Clothing Prepare the clothing - Sort the clothing and read the care labels. Make sure that all clothing is clean and can be laundered together. Wash and dry the clothing and do not use any type of … END_OF_DOCUMENT_TOKEN_TO_BE_REPLACED

Are you having trouble finding the perfect gift for any of the adults on your list, especially the guys? If so, look no further than your local auto parts store. Based on over 30 years of experience at Napa Auto Parts in far Northern California, my local parts person offers the following last minute Christmas gift suggestions: Emergency kit – Every vehicle should have an emergency kit with flares, a survival blanket, flashlight, gloves, knife, etc. Your auto parts store likely carries these kits housed in a convenient carrying case. Or you can buy the components you want and make up your own kit. Oil change – Apparently, many folks fail to change their oil as often as they should. For the DIYer, you can buy the oil and a new filter … END_OF_DOCUMENT_TOKEN_TO_BE_REPLACED 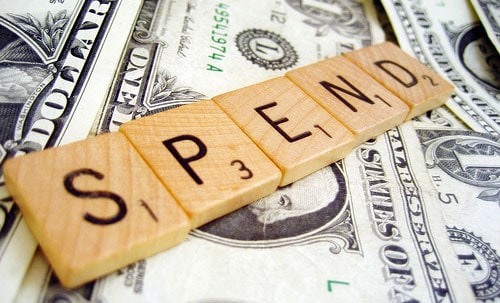 I just downloaded The Purpose and Passion Guidebook: 6 Steps to Doing Good, Feeling Good, and Achieving Your Dreams! by Stacy Curnow, aka the Midwife for Your Life. Stacy says the first step to discovering your purpose is find out what makes you happy. And the way you find out what makes you happy is by defining your top values. Do you know your top values? I mean, do you REALLY know? Are you clear on your true values? Can you actually define them? Simple Value-Defining Exercise To find your true top values, just look at your spending. Where you spend your money gives a clear picture of what is important to you. So go through your check register and credit card statements and identify the three things that are obviously your values … END_OF_DOCUMENT_TOKEN_TO_BE_REPLACED