Home | Best Jobs For The Future 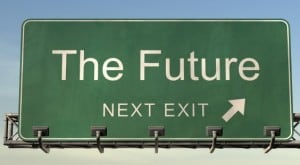 A recent study was released that covered the best and worst jobs for future. Its sole criteria was income. It didn’t take into account any other variable such as work-life balance or benefits, etc. It simply ranked jobs based on salary. So what are the best jobs for the future based on salary alone?

Best Jobs For The Future

It should come as no surprise to readers that all disciplines of engineering ranked the highest for income. Engineering has been a top paying job for many years now. As the infrastructure of the country ages and new technologies are introduced, I think it’s a safe bet to say the engineers will be in demand in the future. Therefore, if you are good with math and want a job that is both high paying and will be in demand for years to come, look no further than engineering.

The next best job based on pay is in the healthcare industry. The study didn’t break down specific areas of healthcare, which is disappointing. I say this because I am sure certain professions, such as doctors, anesthesiologists and the like bumped up the earnings number for this sector.

With that said though, as the baby boomers age, more and more will need healthcare related services. As a result, I think it is safe to say that healthcare will be in demand in the future as well. But before you jump on the healthcare ship, I’d suggest you do some research to see just how much the job you are interested in pays. Don’t just assume it pays well since it is in the healthcare field.

Also, be aware of how The Affordable Care Act might effect the industry as well.

Worst Jobs For The Future

The worst jobs based on pay are anything related to the arts fields. This includes performing arts, liberal arts, theater and fine arts. There isn’t a large pool of openings for these jobs and for the openings that are out there, the pay isn’t very good.

Social work could be included in the arts field, but I wanted to break it out separately. The pay for social workers is low, even if you move up to a master’s degree. There are some specialties within the social work field, such as a criminal psychologist, that do pay well. The problem with this job however, is that there aren’t many openings for this role, so the odds of getting the job, let alone finding one, is slim.

With all of the above said, you shouldn’t base your career prospects solely on pay. The old saying rings true, that money doesn’t buy happiness. You are better off doing a job you love rather than doing a job just for a paycheck. When you do a job for the love and passion you have for it, it doesn’t feel like work at all.

Readers, what are your thoughts on the best jobs for the future? How about the worst?