Home | Does Your Home Own You? 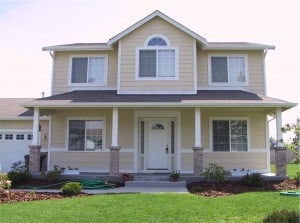 In response to Why I May Never Buy a House by Brandon Tryon, I stated, “If you have a mortgage, you don’t own your home, it owns you.” I would now like to go further and say that if you own a house at all, even mortgage-free, your house still owns you.

Am I against home ownership? Heavens no! In fact, I am a diehard homeowner and will probably never be otherwise. I bought my first “home” at age 20, a 28-foot travel trailer. Three years and a couple of kids later, I sold it for the down payment on a singlewide mobile with an expando living room. When the fourth child was two, I traded that mobile home for half the down payment on a real house.

Seventeen years later when the kids were all grown and gone, I sold that home and paid off our five-unit rental property. So now I own not just one home, I own several. Which brings me back to my original question: Do you own your home or does it own you?

Home ownership goes both ways. In exchange for the independence and security of owning your home, you give up some freedom and take on a sizable responsibility. While I can’t imagine not being a homeowner myself, it’s not for everyone.

Owning a house requires footing the bill for maintenance and repairs, often unexpected and regardless of whether or not you can afford them, as opposed to simply picking up the phone and handing the problem to someone else. You also have to cover annual expenses, such as taxes and insurance, on top of any mortgage and/or home equity loan payments that you may have. And if you decide to move, well, you have to figure out what to do with the house you “own”.

Owning a home can be a great way to save money and build wealth – it sure worked out well for me! Owning a home can also be a financial disaster. Either way, if you do own a home, be aware that it also owns you.

Crystal Marie lives by the philosophy that needing less rather than earning more is the key to happiness and financial serenity, which allowed her to “retire” from formal employment in health education at the age of 44. She can be found making the most of the second half on her blog, The Best 50 Years.