Home | Having A Daughter Changes Everything 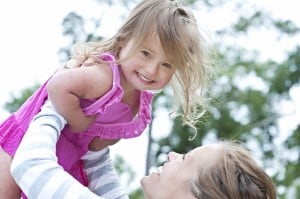 Many parents out there may already have a daughter, or two, or even more. Some parents have only daughters. Some have a daughter first, then a son or sons and maybe some more daughters. For me, I started with two sons. And let me tell you, they are life-changing blessings from God.

But just recently my first daughter was born! I thought bringing home another kid would be no big deal. Boy or girl, it’s just one more mouth to feed and body to clothe. But when my first daughter, Elena, emerged into this world and we found out that she was a she, my world turned upside down. For a daddy like me, having a daughter really does change everything.

Having A Girl Is Going To Cost Me Money

Although the money aspect is really the least important in this discussion, I thought I better include it since this is a money blog (for the most part). Here are a few of the reasons that having a daughter is going to really cost me some big time money:

Hospital Bills – but those were coming whether she was a boy or a girl. We do have good health insurance, but still expect to pay a little over two grand out of pocket.

Clothes – as mentioned, I have two boys at home already. We have only boy clothes. This is part of the reason I didn’t want to find out the sex of the baby before she was born, because I knew my wife would go crazy buying girl stuff before she was even born. Regardless, she is still going to go crazy, but at least we were able to delay the craziness. This helped enable us to build up our savings in order to pay the hospital and the doctors when the bills roll in.

Toys – again, with two boys at home, we have a house full of boy toys. Now we are going to need girl baby toys, Barbie dolls, dress up clothes and whatever else girls play with.

College Savings – again, this would have happened whether she was a boy or a girl. I started 529 college savings accounts for both of my boys immediately after they were born, and plan to do the same for Elena.

Wedding Savings – is it ridiculous to be already thinking about our daughters future wedding? Traditionally, in America, the wife’s side of the family covers most of the wedding expenses. Yesterday, only our second day home from the hospital with Elena, I caught my wife sitting on the couch with her watching one of those wedding dress shows on TLC. She said they were starting to get some ideas! Yeah, we better start saving.

Home Improvement – it’s only a matter of time before my wife decides that Elena’s bedroom will need to be repainted and redecorated with some sort of girly theme.

Educating Myself About Raising A Daughter

For several years, I’ve been listening to well-respected radio talk show host Dave Ramsey. His show focuses on personal finance and handling money, but he sometimes dives into other issues, as well. He himself has raised two daughters (and a son) and he has offered some very valuable insight over the years. On many, many occasions I have heard him recommend a book to fathers who were having issues with their daughters. He speaks so highly of this book over and over again, year after year. He’s even had the author of the book on his show for a special hour where they discussed the contents of the book and answered questions from callers.

I’ve always taken Dave’s advice very seriously and have put much of it into practice. I’ve always known that this is a book that I want to read, but I didn’t have a daughter so I didn’t really have a reason to read it. I’ve even bought the book in the past to give out as a gift to a new father of a daughter.

The book is called, Strong Fathers, Strong Daughters: 10 Secrets Every Father Should Know.  It is written by Meg Meeker, M.D., who has more than twenty years of experience in pediatric and adolescent medicine and counseling teens and parents. One of the several hundred positive reviews for this book on Amazon reads like this:

My husband and I label this book as a “must read” for any daddy raising a daughter! We never realized the impact a father has on setting the course for his daughter’s life until reading this book. It heightens the motivation to be that special man in your daughter’s eyes. The author had a wonderful way of touching our hearts and opening our eyes to the role played by the father.

I bought this book via my Kindle app on my Android phone the day after my daughter was born, while we were still in the hospital. I couldn’t wait until we got out. I started reading and got through 33% of the book before we even left the hospital. It is that good! How do I know I got through exactly 33% you ask? Because my Kindle app told me! If you haven’t tried reading on a Kindle or with a Kindle app yet, you should give it a try. It is awesome. After reading a third of the book, I can tell you that this book is not a drag or a bore like you might expect from a self-help type book. Dr. Meeker does a fabulous job of mixing common sense advice from a girl’s perspective towards dads with real anecdotal stories from her years of experience with counseling troubled teens and their parents.

For me, raising a couple of boys was easy. I am a boy. I know how boys think. I remember what I was like even as a young child. I can totally relate to everything that my sons are going through. Having a daughter is really a complete game changer for me. Sure, I’ve had plenty of girls in my life. I have two younger sisters, a mother, grandmothers, friends, classmates and even a wife. But I’ve never had a little girl who looks up to me as her one and only father. I’ve been a father figure before, but being a true father of a daughter is the real deal. There are things that I don’t know and things that I want to learn.

After having started to read Strong Fathers, Strong Daughters, I realize that there is so much I didn’t know about what goes on inside the head of a little girl. I am very glad that this book came as such a high recommendation by Dave Ramsey. There are tons of daddy/daughter books out there, and I’m sure I will read more over the years. But I’m grateful that I got this one first, to start a solid foundation for being the best father possible to my new daughter. I already know that this is a book I will be reading every couple of years as my daughter grows older. After learning the profound effect that a father has on a daughter, more of an effect than anybody else, I’ve realized the importance of getting this right. Being the best daddy ever to my daughter is something that I can’t screw up. I will continue to educate myself over the years by reading books like this and other materials that I can find.

Readers: Have you heard of or even read this book yourself? What did you think if you did? Any advice for a new daddy of a daughter, either money advice or life advice in general?