Home | How Much Are Your Thoughts Really Worth? 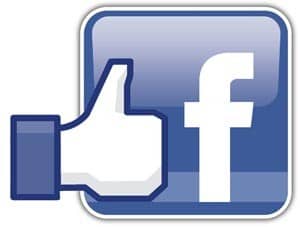 Would you actually pay money to get your thoughts front and center? Does a louder voice really need to have a price tag attached to it? Are your thoughts really so important that you would pay hard-earned money just to make sure your “friends” read them? In essence, I’m asking if you would be willing to advertise your own personal life?

This is basically what we do anyway with Facebook and Twitter – only it has always been free to do so. People love to talk about themselves and love it even more when their posts get a lot of comments or replies. Facebook understands this – so they automatically move posts with lots of “Likes” or “Comments” to the top of friends respective timelines in order to promote more exposure.

Here is where it is starting to get out of hand. Facebook will now let you pay to promote your own posts. You can have zero “Likes” and zero “Comments” on a post, but have it moved to the top of your friends timelines simply by paying a small fee.

Check out some snippets from this article on CNBC.com:

Facebook is testing a new product in the US that allows ordinary users to pay to promote their own status updates, marking a shift in the social network’s willingness to charge its users for a core service.

The product has potential to generate revenues, analysts said, but could also threaten the organic feel of the site as people pay to market their own social lives.

… [Facebook] began offering the feature in the US, where most of [its] revenues are generated, to users with less than 5,000 friends for $7 per post.

Some Facebook users have taken to the social media site to complain, setting up opposition groups like “End Promoted Posts” and “Against paying money to announce/promote posts” and grumbling that Facebook is turning directly to users to ease the pressure it faces from investors.

And there we have it! The key phrase in the entire article – “pressure it faces from investors.” Facebook will never be the same since it went public and started selling shares of its stock. They now have to please and appease to their investors.

The movie, The Social Network, tells the story of the founding of Facebook. It is apparently based on a book that was written about the true story. In that movie, Zuckerberg and his friends are seen discussing monetization during the early stages of Facebook. Zuckerberg said that he didn’t want ads on the screen because they weren’t “cool.”

Boy, how far they have come. Ads are commonplace now, not only on Facebook, but everywhere on the web. I don’t think people mind seeing ads on the screen. They can easily be tuned out and attention can be focused on the content. Some may even find certain advertising to be quite helpful. This was all well and good – but apparently it wasn’t enough.

Facebook has always been free to use. But now they’ve found a way to charge their core users by not making it mandatory to pay. Is this a brilliant move by Facebook or will it do more harm than good? This remains to be seen.

Facebook has a stranglehold on its users. People really do have problems and addictions associated with Facebook. They’ve now found a way to increase their revenues by taking advantage of this. So I ask this question again – are people really so self-involved and think their thoughts are so important that they would actually pay money to have them posted higher up on Facebook’s timeline?

Readers: What do you think about this latest move by Facebook? Is this something you would utilize? Does it annoy you? Or are you like me and rarely even look at Facebook and don’t care?