Home | How Safe is Online Banking? 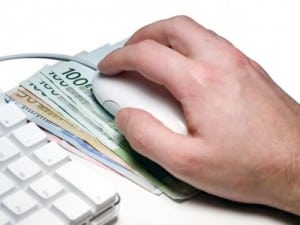 I was talking to a friend of mine that is a computer programmer. Somehow we got onto the topic of online banking. He said that neither he, nor any of his colleagues use online banking. This struck me as odd because he is in his late 30’s and I would guess a prime user for this technology.

How Safe Is Online Banking?

As we talked some more, he told me the reason why he doesn’t bank online. He told me that he could easily break into a bank online and take cash. In fact, it is relatively easy to do. The only thing that is stopping him is the paper trail. With some detective work, law enforcement would be able to trace back to the computer that was used and he would eventually be caught.

At first, this statement from him had me concerned. How safe is online banking? Should I stop using online banking? As I thought more and more about it, I realized that many other hackers would also be deterred from breaking into the system to steal money for the exact same reason: the paper trail. But then I thought about the rogue groups or individuals that wouldn’t care about the paper trail and do it anyways.

Since there is no fool-proof way to avoid having your money taken from an online bank, you will want to be certain to take the basic precautions so that the rogue individual will have a more difficult time trying to access your accounts.  Here are three tips:

I want to make clear again that this post isn’t intended to scare people from using online banking. As I mentioned at the start, nothing will stop someone that is determined to hack into accounts from getting in. But by taking a few basic steps, you can rest assured that the novice hacker that is trying to get some quick funds won’t have to put you through the headaches of trying to get your money back. Trust me, I’ve had my account hacked into and it is not fun going through all of the work to prove what happened, and then waiting for the bank to refund your account.