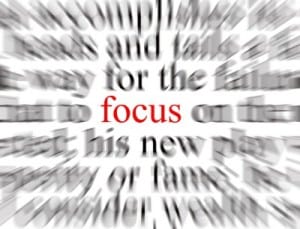 I wrote an article back in February about wanting to focus more on where the products I purchase are produced and wanted to avoid products from China and also countries where people are practically kept in slave conditions to make things for the western world.

I have faithfully been following this train of thought on most things I buy now and it has been a little easier than expected because I’ve had to watch my pennies more closely because of some health issues I’ve been dealing with but it was this that led me to lose my focus a few weeks ago.

I needed a light pair of slippers with some type of anti-slip sole so I headed off to see if I could find something on sale.  After visiting several stores, I finally found some that would work and were also on sale – bonus!  The health issues have caused me to get tired a lot more quickly than usual, which also wears on the patience and I was shopped out.  I picked out a pair that would work perfectly on wood floors and they also had some like I had that needed replacing, the bonus was I could get both pairs for the price of one.  Relief spread as I saw the end of the search and the opportunity to head home.

I took those slippers out of the bag when I got home and went to snip the plastic piece to get them apart when I saw the tag staring me in the face – Made in China.  An immediate sense of guilt swept over me but I was so tired……just this once won’t hurt.  So I convinced myself just this one time I would make an exception, not beat myself up for slipping up and start again from where I was.

I’ve worn those slippers every day for two weeks and on one slipper the stitching has pulled loose, which is separating the bottom from the insole…..and the plastic (or whatever it is) sole has split where it once connected with the stitching.  These are not cheap, dollar-store slippers, they are Isotoners and the pair I had before had been washed numerous times (and dried) and lasted for 4 years.  Things like this are what started me on the quest to avoid these products, mainly for this reason, and I always seem to have to learn things more than once so hopefully this will set me back on my path.

Have you stuck with any changes you’ve tried to implement this year?…if so, I’d love to hear about them.