Home | How Much Money Does It Take To Make You Happy? 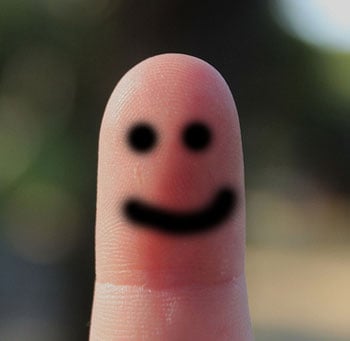 Many years ago, I was sitting at dinner with people from my dojang (the Korean equivalent of “dojo” or training center). We were celebrating the many victories our team had won at the tournament hours before. But amidst all of the glowing pride and happiness, I sulked. I’d placed second in forms, losing to my good friend and teammate.

As I sat there, moping, my eyes drifted to the silverware-bundle in front of me. I unrolled it and began tearing apart the napkins. I dipped a few pieces into my water, twisted them, and then sat a few log-like pieces of napkin in front of me.

Then I began building. Whether to call it a tower, a pyramid, or anything actually coherent is still dubious. In truth, it was ugly and poorly designed, but as I spent more time on the construction, my mind dissolved into the process.

Beyond the ugliness of the reality in front of me, I imagined grand stone structures, the movement of thousands upon my magnificent creations, and the shifting of universes…all on my napkins.

I smiled, and soon, my ego’s wounds were forgotten and there was only creation.

Soon, not only did my pain vanish, but so did the room. The chatter, the invisible tensions of social interaction – it all faded from the background.

And then I heard a laugh.

I looked up to see my Tae Kwon Do master looking at me inquisitively. He smiled his kind smile and said to me, “I was wondering what to get you for Christmas…but I guess I’ll just buy you some napkins.” Others laughed with him and I was brought back to the reality of the room. I don’t know how long I spent with my napkins, but it must have been at least ten minutes.

That’s more than most songs last. Definitely longer than it takes to get all you need from your Facebook feed. And for sure longer than most people last in bed…and it was free.

What Do You Buy For Entertainment?

A lot of people believe they work for a living. Well, that’s just quantitatively untrue. You don’t need a lot of money to pay rent, buy food/water, and put clothes on your back.

Even if you have a family, surviving is something that a lot of people do with far less money than you, and in far harsher conditions.

If I’m honest about my observations, I see this: we work so that we can play.

And this isn’t a bad thing.

Hell, I’d argue that even buying food/water/shelter is also an extension of your desire for entertainment. For me, reality itself seems to be an entertainment system.

Go through your bank account and credit card statements and add up anything that isn’t necessary to your survival. I’d say the following items count as necessities

And if you’re being honest with yourself, do you need a car? Not sure…considering these things, I might call them conveniences.

For the sake of generosity, and to not completely unravel your financial decisions, let’s make three categories: necessities, conveniences, and entertainment.

How much do you spend on the third category? And does it affect your ability to cover your necessities and convenience?

This month, I came dangerously close to not being able to pay rent because of my entertainment purchases last month (which total close to a grand). Was it worth it? I’d say so.

But, in all honesty, I probably could have just played with some napkins instead and has as good of a time.

What Truly Makes You Happy?

This actually isn’t a tough question and doesn’t require too many hours of introspection or philosophical discourse.

Ask yourself this – What do you spend your money on?

Whatever your choices, there is no right or wrong – that’s for you to decide. But do you remember when you were a kid? Your ability to entertain yourself, for hours on end with nothing but your imagination.

What did you imagine? What did you dream? Whether it was pretending you were a superhero, a ninja, or did you just enjoy watching your imagination work on its own?

Think about that the next time you find yourself spending too much money on entertainment. Because I know what I’ll ask myself -“Could I just play with some napkins instead?”

That question might end up saving me a lot of money. And hopefully you, too.