Home | 6 Signs That You May Have Too Much Debt 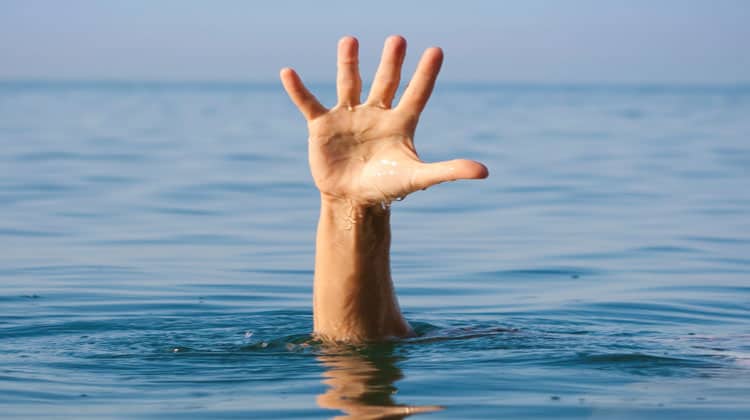 Personal consumer debt has reached such high levels that if it were a disease the World Health Organization would have announced a pandemic; a dangerous one, like avian flu or the plague. Since debt is not an illness and the main institution that is supposed to monitor it profits from its rising levels we tend to ignore the symptoms until, in some cases, it is way too late.

There are straight forward ways to know, once and for all, whether you are in debt and how much: you work out the 4 numbers I was telling you about in my previous post. I know that most of you won’t, though. How do I know?

I know from experience – certain knowledge is painful and we tend to do everything possible to avoid pain. So today, I am not going to ask you to go and construct your financial history over the last five year in numbers and graphs – this can be painful.

Today, I’ll make it worth your while because I’ll tell you about the six signs that say:

‘You have too much debt; it is painful but if you don’t go and do the numbers it is going to become so much worse!’

Here are the six signs that you have too much debt.

6 Signs You Have Too Much Debt

#1. You Think ‘My Problem Is So Much Bigger’ When You Are Buying Something Expensive

This is a very interesting one. Most people who are in control of their finances either know they have enough to cover the bill, or that they will have to forego something else to do it.

People who are likely to be in debt think differently; they justify their purchase by stating that things are so bad anyway they can’t get worse. In other words, they aren’t living in reality.

#2. You Don’t Look At Your Financial Statements

This is very common behavior in people who have the feeling of impeding financial doom but not the guts to learn exactly how bad it is. It may be that you never check your balance when taking money out of the ATM. Or you have forgotten what a financial print out looks like. Or you have no idea what your password for online banking is.

I didn’t look at a financial statement for almost a decade; I know the feeling. But not looking isn’t going to solve anything. In reality it just allows the problem to get worse because you never acknowledge it or address it.

I know it isn’t easy to address or acknowledge that you have too much debt, but nothing is going to change until you do. Ten years down the road, your life will be the same, only more in debt, if you don’t start taking action today.

This is difficult to explain but before I did my numbers I had this feeling that things are not right. My worry about money kept coming to the surface and I kept pushing it back. Although this is difficult to pinpoint and explain I believe that anyone who is in serious debt would immediately know what I am talking about. Also it is very closely linked to the next sign.

The interesting thing here is that it doesn’t always show itself as a bad feeling about money. It can mask itself so that you have a bad feeling about something else. This is just a trick being played on you. The feeling will go away once you take control of your debt.

#4. You Have No Idea How Much Is In Your Bank Account

This is an immediate consequence from the previous point. Because you never check, you never know. But this also means that you don’t know how much goes in your bank account, what you are paying for, and are there redundant payments. You can’t chose to switch providers and get better deals for large expenses.

When you do look, you are surprised at how little you have and question how you will survive for the rest of the month. You will also get that sinking feeling in your gut as you begin to realize that you have a problem. Sadly, many people bury this sinking feeling and continue down the debt path.

#5. You Have No Idea How Much A Pint Of Milk Or A Loaf Of Bread Costs

These are basics. If you don’t know how much you pay for a pint of milk it is unlikely you will notice any other expenditure. This is turn means that you are not likely to be able to judge what is good value for money.

#6. You Are Surprised Every Time You Open Your Wallet

Yep, you either have too much in it or too little. But you never really know what to expect. Whilst this is certainly a way to make your life that little bit more interesting it is also a sign that you are not in control of your money and are in too much debt.

If you can relate to any of these, the time to start taking control of your finances is now. Not tomorrow or next week, but now. Right this minute. Don’t think you will come back to them in a few days or weeks. We are all busy and we forget.

Strike now while you have the urge.

Don’t be ashamed if you have too much debt. Many others are in the same boat as you are, they are just hiding it well. Heck, the average American can’t come up with $400! So don’t feel sorry for yourself.

Start to take the steps to get out of debt and start improving your finances. You can do it. You just need to take the first step.

Maria writes at The Money Principle, where she believes smart people can win the Game of Wealth if they do two things: learn and act.