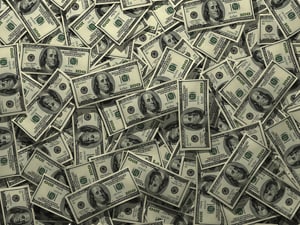 If you’re making big bucks in your career, you should be spending them too…right?

Many famous people (and everyday folks) have felt this way. And sadly, when the movie roles stop, or the series is canceled, they go broke. (Athletes have the same problem.)

Fortunately, other well-knowns in the entertainment field are smarter. From Zooey Deschanel to Sarah Jessica Parker, they have certain habits — often ones that they learned when they were poorer and unknown. We can learn from them, they are The Frugal Famous.

Tricks From The Frugal Famous

Says Sarah Michelle Gellar: “On sale doesn’t mean it’s bad! It probably just means it’s overcaught. And I clip coupons all the time. Why should you pay more for something that someone else is paying less for?” Why, indeed. Nearly every celebrity mentioned for their skill in saving relies on coupons, especially for groceries and personal items.


Britney Spears has been photographed coming out of Wal-Mart with her shopping cart full of Easter basket goodies. (Specialty items are almost always less expensive at places like discount and dollar stores — and you don’t always have to buy an off-brand, either.) Some stars have been photographed at premieres wearing retail dresses — Target is one favorite. Don’t forget the clearance area, either. Last December, Lady Gaga tweeted: Why do people look at me like I’m crazy when I use coupons at grocery (stores) or try bargaining at retail, I’M FROM NEW YORK WHERE IS THE SALE RACK.”

Don’t Be Afraid of Hand-Me-Downs. Or Vintage. Or Thrift Shop Stuff, For That Matter

Before the vintage trend began, actresses were wearing older clothing because they were exotic — and cheap. Sarah Jessica Parker dresses her son in his cousins’ hand-me-downs. Jennie Garth may buy new items — but only if they coordinate with her kids’ current outfits. “Back-to-school is a great time to clean out their closets,” Jennie says,” and anything outgrown we donate or [sell].”

One thing these savvy shoppers do concentrate on — and that’s quality.  High-end brands, well-made clothing and excellent fabrics can be found at discount prices…provided you know what to look for.

Keep To A Modest Budget

Keira Knightley’s “company” (yes, she’s incorporated herself) was paid only $47,000 ($17,000 salary and $31,000 dividends)  out of the estimated $2.3 million she actually earned. Warren Buffett lives on a paltry $100,000 by the company he founded. Why do it? Because that stashed money will come in handy later on. “I’m lucky because my dad taught me to be frugal and save,” said Ashley Greene. “And that’s important because I want to know that I don’t have to take an acting job for two or three years if I don’t want to and that I’ll still be able to make my house and car payments and buy food for my dogs.”

A number of celebrities, including Jewel, Charlize Theron and Sarah Jessica Parker, grew up with single parents, homeless or on welfare. Others lived in modest circumstances. Remembering their past not only keeps them stable now, but helps them prepare. Says Mariska Hargitay: “I make a lot now, but I don’t feel that way, because I was poor and had no money for a lot longer than I’ve had it. As an actor, if this show ends next year, then what? As an aging woman, then what? I’m saving money to live on, for the future.”

Considering their high paychecks, celebrities should be donating a lot more time and money. But at least some people are doing something.

(Several of the celebrities quoted are in this article, but more are here in a slideshow. More here, too.)