Home | The Plight Of Youth And Seniors 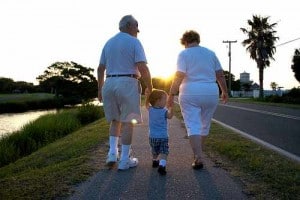 Driving home from work today, I was listening to a segment on CBC radio that featured TD economist Francis Fong.  I know nothing about Mr. Fong but the topic was something that caught my ear.  He was pointing out that in today’s economy there aren’t enough jobs for kids leaving high school and it was going to delay their earning power, pushing them into a later age of being able to purchase a home, have a family, or many of the things most people dream about.

He went on to point out that older people are holding the jobs and will continue to do so. Also employers will be more likely to hire a white collar worker who is retired and has decided to return to work.  What he failed to point out is that the government is forcing this situation by raising the age of retirement and requiring older workers to continue to work, no matter the job.  It might be possible that some seniors will return to the workforce after taking their regular retirement and some of those jobs might be low paying service jobs but there are many seniors starting their own small businesses, using the skills they have used most of their working life.

I truly believe that Mr. Fong is misinformed if he really believes that employers are more likely to hire a senior over a young person.  I’m certain that he’s not old enough to have trudged the path of unemployment after the age of 50 and continuously turned down for position after position, knowing in your heart that your age is working against you.  We all know that an employer can’t refuse an applicant because of their age but we also know there are ways around it.  I personally trudged this path for two whole years before I found an employer who was willing to take a chance on me.  It would have been different if I didn’t have to work to survive but I have no one else to depend on to bring in any income.

During the course of the segment, Mr. Fong did mention some of the programs that are in place for young people, which are sponsored by the government.  These include internship programs, even some working for the government of Canada.  There is also an apprenticeship grant, offered to help qualified workers complete their programs.  I’m not sure how strongly these programs are promoted to the people who can benefit from them because I know that I’ve personally not heard very many of them being promoted.

This is something that I don’t understand because on one hand, governments everywhere are complaining about not having skilled workers to replace the ones that will be retiring, yet they have put programs into place to assist this effort.  As I don’t have teenagers that would be exposed to these offers and only have my own exposure to depend on, I can only hope that these programs are offered to all youth in places where they can take advantage of them.