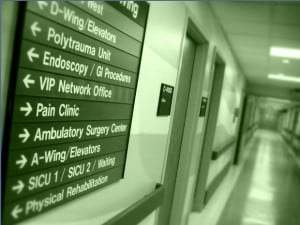 If you’re typical in this big wide world, sooner or later a hospital stay will affect you, or someone you love. If you’re lucky, you’ve got insurance to cushion the blow. If you don’t, or your insurance doesn’t cover everything, the hospital doesn’t care. The minute your loved one’s wheelchair trundles out the exit, expect to start paying hospital bills shortly after.

How are you going to pay it?

The hospital will ask for all of the money. Now. If you say you can’t afford to pay, they’ll suggest setting up a payment plan – their figure, their terms.

Here’s the secret to paying hospital bills: beat them to it.

The Secret To Paying Hospital Bills

Right from the beginning, tell them what you can afford to pay once a month. They’ll hate it. They’ll protest or threaten. Never mind – stick to your guns. Eventually the billing rep will accept your terms, or at least come down to an amount you can actually afford.

Your part of the bargain: make that payment on time, every month. No matter what. As long as you are paying hospital bills regularly and on time, the hospital will find it difficult to argue that you’re delinquent.

According to Creditcard.com’s take on the subject, “Accounts reported by medical businesses account for only .07 percent of our data,” according to Maxine Sweet, Experian’s vice president of public education. Adds TransUnion spokesman Steven Katz: “These types of debts are not typically reported unless they become delinquent and are assigned to collections.”

The hospital may be willing to settle for less after a while. After all, your little regular payment is clogging up their process.

Good friends were forced to visit the emergency room, after the wife was smacked with a terrific headache. It only got worse after they received the bill.
They began paying: $25 a month. The hospital reps didn’t like it, but they accepted the payments. Within a few years, they made a counteroffer: half off, if the bill was paid in full right away. Their offer was thankfully accepted.
1 shares