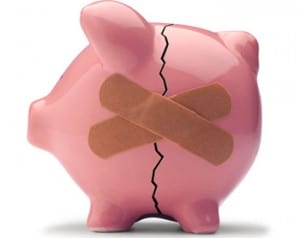 How many times have you fallen for a math trick where you spend more money even though you thought you were saving money? These tricks are all around and many of us don’t even know we fall victim to them. Below I point out a few of these tricks that you might not be aware of. So read up and take some notes in the hope you won’t fall victim to them.

Tricks That Get You Spending Instead of Saving Money

I call my cable company every few months to get my promotion extended for another 6 or 12 months. For a while, it was easy. A quick 10 minute call and I was off the phone and saving some money. Recently though, they have become more stingy. It’s harder to get a discount than ever before.

In fact, here is what happened to me just the other day. I called them up and instead of offering me an extension on my current promotion, I could get 100 more channels for, get this, $5 less per month. That is after adding in taxes and every fee known to man. Most would jump at this trick. More channels for less money? Why not? Here is why not: In 6 months when this “deal” expires, your bill is going to skyrocket because you have more channels.

I found out my Mom fell victim to this trick. She would call up her cable company and they would give her more channels every time. After her promotion finally ended, her bill was over $300 per month! It turns out that she had every premium movie channel, all of the regular channels along with the sports packages too! I think she literally had every single channel they offered. Some reading this might think that just calling up the cable company and removing the channels solves the issue. While it does going forward, for the current month you are still stuck with a huge bill. Don’t fall for the more channels for the same price or less trick.

If you have a tough time budgeting, here is your solution to this issue: Take your annual premium and divide by the number of times you get paid in a year. Whatever that number is, simply set up an automatic transfer into a separate savings account and you will have the money ready when the bill comes in the mail. Set up the transfer to occur on your pay day so you will always have the money available to transfer over. I’ve used this method for the past 10 years without issue. Save yourself money and don’t pay more for convenience.

You might also want to consider the 50/30/20 budget as a way to getting your finances in order too.

Spend More To Save More

I covered this one in a previous post but it bears repeating; if you hadn’t planned on buying more, then you really aren’t saving anything, you are just spending more than you planed to. Don’t buy that second sweater because it is 50% off if you only need 1 sweater. Likewise, don’t buy 10 boxes of pasta if you only need 3. Think before you buy and you won’t fall victim to the spend more to save more trick.

The trick to beating marketers at their own game is to simply think before you buy. Think about how is it possible to get more cable channels for the same or less money. Do the math to see if the option to pay monthly costs you the same, more or less than the option to pay semi-annually. By simply stepping back and thinking things through, we can save ourselves a good amount of money that we would otherwise throw away. Always remember the old adage, “if it sounds too good to be true, then it most likely is.”