Home » Truth or Dare: Should UK Investors Take A Chance On The New Improved Iraqi Dinar? 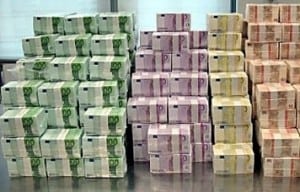 They say that fortune favours the brave, so given the level of political turmoil and general unease that seems to exist in various parts of the world at the moment, there are definitely trading opportunities for the daring investor.

Whilst many typical forex brokers are far more likely to see trades relating to the USD or EUR, there are some speculators who are trying to cash in on the wildly fluctuating values that are being put around for the Iraqi Dinar.

Since its introduction in 1931, the Iraqi Dinar has certainly enjoyed an eventful history.

The Dinar has changed hands on a number of occasions even from the early days of inception, going from being backed by British pounds to being pegged to the US dollar. The Central Bank of Iraq has subsequently issued what they consider to be a stable currency, but some investors are not so sure, whilst others see it as an opportunity for gains.

The former Iraqi president Saddam Hussein was deposed in 2003 and the current transitional government subsequently issued new Iraqi Dinar into circulation. These new notes incorporated hi-tech anti-forgery techniques and were printed by the respected and recognised printers, De La Rue.

This frenzied activity in the price has attracted speculators who think that there may be an opportunity to cash in, leading to internet forums lighting up with chatter and opinion on whether this really is a once in a lifetime to make some serious money or an easy route to losing your money.

The reason for such levels of excitement is not just down to the wild fluctuations in the price, but also because there are parallels being drawn with what happened as a result of Iraq invading Kuwait and the Gulf War.

The Kuwait Dinar fell dramatically when Iraq invaded to a low of 10 US Cents but in January 2003, the previous weighted currency basket peg was subsequently switched to a higher valuation which effectively meant that some investors yielded a return of over 3,000%.

These same expectations have surfaced again albeit under different circumstances. The Iraq economy enjoys excellent returns as a result of being rich in crude exports and as the country is also likely to be under the guidance of the U.S for the foreseeable future, there are conditions in place that could see the country make an impact in the global economic arena.

These improvements in infrastructure and stability are expected to be reflected in the underlying currency, which explains the fevered speculation that the Iraqi Dinar could be an opportunity too good to miss for brave investors.

Anything that promises to deliver stellar returns should always come with a wealth warning and all that glitters does not always turn out to be gold.

The fees charged just for buying Iraqi Dinar’s often turn out to be prohibitively high so that should definitely be a factor to deter you and also whilst the Kuwait Dinar scenario comparison might make sense at first glance, Iraq currently has bigger problems to solve than Kuwait did and you would probably have to therefore conclude that it is not likely to be able to support a currency that trades equally with the dollar.

You may disagree with that outlook and consider that playing a game of truth or dare with your money and taking a punt on the Iraqi Dinar might earn you some easy cash, or of course it might not.

Only you can decide which opinions and historical precedents will turn out to be prophetic words of wisdom.

Author Bio: Abbie Peacock is always looking for new ways to invest in the Forex stock market. When she finds one, she can’t wait to share it online. Look for her enlightening articles on many investing and financial websites.