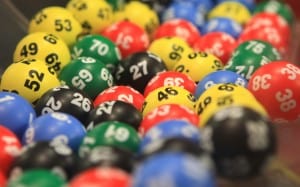 With the recent PowerBall jackpot of close to $600 million, it’s no wonder why it was all over the news. People all over the country decided to throw money into the pot hoping to become instant multi-millionaires and live like those on Robin Leach’s “Lifestyles of the Rich and Famous”. The idea behind this post is to clear up some common misconceptions that I hear people say when talking about the lottery. I am not going to get into how the majority of past large lottery winners are basically broke now. Here are four things you need to understand before playing the lottery.

Things To Know Before Playing The Lottery

Odds Are The Same

Regardless if the jackpot is $100 or $100 million, regardless if 10 people play or 100,000 people play, the odds of winning are always the same. For PowerBall in particular, to match the five numbers and the PowerBall, you have a 1 in 175 million chance of winning with that combination. The odds for matching fewer balls are higher. Just make sure you understand this. Many people say that the more players, the less your odds are of winning. This is not true. The number of players has no effect on the odds at all.

Computer Numbers vs. Your Numbers

Again, the numbers drawn are completely random. So if tonight the numbers 2, 8, 14, 36, 52 are drawn, it doesn’t mean that this set of numbers won’t be drawn again until all other number sets are drawn. These five numbers could be pulled tomorrow night, though the odds are incredibly unlikely.

Personally, I don’t play the lottery. I’m not out to tell you that you shouldn’t either. I am telling you that you need to remember it is a game and you should play so accordingly. Don’t use money you need for your car insurance or your child’s education to play the lottery. Budget a set amount of “play money” each month that you can afford to lose and play with that. The odds are much greater you are going to lose, so if you can still pay your bills and save 10-15% each month, then you can afford to lose that money you used to play the lottery.

Just remember to have fun when playing the lottery. The odds aren’t in your favor to win, but we can all dream right? Dismiss the “facts” you hear every talk about your odds and playing certain numbers. It’s completely random. The only guarantee when it comes to the lottery is that if you don’t play you can’t win.

If you find the information I provide valuable, please share it through whatever social media platforms you can. I fully believe in paying it forward and hope that as you learn, you can teach others too.
2shares